Magic. Light. Colors. Your favorite illustrated book from when you were a child. Emily Woodruff, artist and illustrator, encompasses all of these things and a unique vibrant beauty that stands alone. Being an audience to her art, is being immersed in the vibrancy of life and the color of childhood -- running barefoot in rolling hills, the bluest of skies, and trees that seemingly touch the top of the universe. The magic and whimsicality that exists only in the eyes of imagination and beauty.     This enchanting magic maker is a 25 year old designer and illustrator from Kentucky. Emily earned a degree in graphic design in 2016 from Western Kentucky University where she solidified her passion for design and illustration.

Emily’s art journey started at her very beginning as a young girl. “I used to sit under the dining table and draw these three legged dogs. All of our furniture was covered in my art.” Emily wanted to create the movies and shows she watched on the TV, the books she read. She was enthralled with the colors and liveliness of it, and the stories you could tell with each frame and image. She fell in love with Alice in Wonderland, Winnie the Pooh, animated cartoons such as Teen Titans, to the animated Disney movies of her childhood that pulled her in with it’s magic. She continued with her love of the craft and attended a magnet high school that allowed her to focus on art. However, the rigidness and traditions of some of her classes dimmed the colors and light she wanted to create with. “I was told that in "real" art, I couldn’t use all these colors, craft flowers, and draw dogs. But that’s what I wanted to do.” Looking at Emily’s art, these very things are what pull you in and immerse you in a world of magic and beautiful things. These aspects are apart of Emily, the enchantment she possesses and her charm that makes you believe magic is truly real. But the teachers deemed a certain kind of art, real art and at that time, it wasn’t hers. “I began to use harsh lines, shadows, and intense self portraits.” All of these things are good, but it wasn’t true to her niche and passion. It wasn’t the art she dreamed of making and crafting since the love she had for it since a young age. 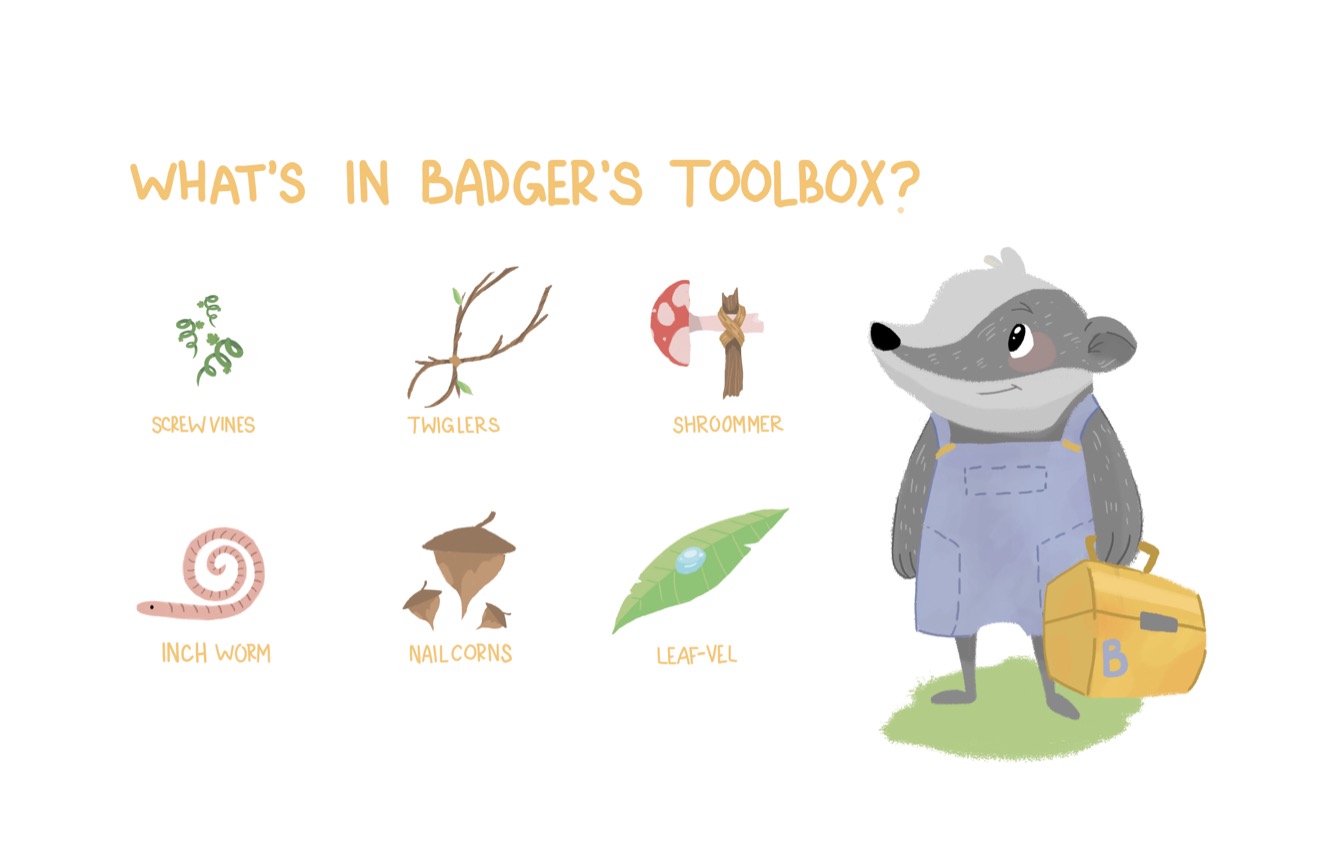 It wasn't until college that Emily began to truly realize her potential and solidify her passion for art. At first, she entered into the piano major program, but found it wasn't quite for her. It wasn't that special something she wanted to do forever. This further cemented her desire to pursue an arts program, and started out on her graphic design major. At a pivotal point in her college career, a teacher had delegated that the student work on sketchbooks as part of the class. Her teacher was looking through her sketches and pulled her aside, telling her he believed in her and her work. He advocated that she take his illustration class and even at the cusp of wrapping up her credits, he saw the potential in her work, wanted her to see that for herself, and made sure that the class would count. He didn't care what he had to do, so long as she could be apart of the illustration class.  "I don’t believe I would be doing what I am doing if he hadn't taken me and told me, I believe in you and your work."

As creatives, especially female creatives we already deal with copious amounts of doubt and lack of self confidence. Unfortunately, it's confident, firm females that know what they are about, who are frowned upon in the creative and art professions. "A lot of guys I went to class with were inherently seemingly confident about everything they did, but on a woman, confidence was not a good look. When a woman is confident, it's as if they are perceived as unapproachable or arrogant." This system hurts everyone. It hurts women and this notion they have to be weak and insecure. It hurts men and the toxic idea that they have to always be secure and strong. And it hurts the profession and craft, creating a hostile environment for everyone.

"A lot of guys I went to class with were inherently seemingly confident about everything they did, but on a woman, confidence was not a good look. When a woman is confident, it's as if they are perceived as unapproachable or arrogant."

But over time, Emily has learned her value and the worth of her work.    "I know what my time is worth to me, and I also went to school for this. I put the time in for getting better and learning, but I hate the thought of charging someone something and them saying that's not worth it. If you charge really cheap, you devalue the market. If other artists are charging what they should be charging, a person will look at that and say "Well this other artist will give it to me for $25 dollars less." But you have to look out for your fellow artists and the market." Being apart of the art community, means supporting each other as a whole and taking hold of that. Wanting the best for the community, the market and working in regards to that, results as a win for the whole

Part of being a confident woman means trusting yourself, your work, and your gut. Emily has taken in all these things over time but it has taken a lot of learning and growing. In artistic fields, or really any field, comparison is a dangerous weapon. The small voice that is telling you to trust your journey and yourself can get muffled under the weight that comparison can bear.  "When I was in school I was only comparing myself to the people around me. I thought was doing pretty good in school. It wasn't until I got to college, one professor said "One of the most important things you can do is follow other artists on social media." That had never crossed my mind. So I started following other artists on twitter and on Instagram."

"I was thinking after I graduate, I would apply to Disney and all these publishing companies, and be an illustrator straight out of college… And after comparing myself to all these artists online, I was like 'Oh my god, I have much more ways to go'. It hit me hard and I was a little depressed after college and felt lost. Did I just waste four years, not working as hard as I needed to? Am I doing what I'm supposed to be doing?” But even with that, Emily began to rework how she used comparison. She turned it into a tool instead of a knife to herself worth and value. "I started asking myself, What are they doing that I think is better? Do they have great line work? Are they pushing shapes? What about their color? What are they mastering, that I haven't mastered? In my next piece, I'm going to implement that and try to use brighter colors, push fuller shapes… Whatever it is, I'll do that. And that piece is inevitably better because I worked to master a skill that I had yet to master. So I think comparison can be a really good thing if you use it to your advantage and not let it kill your spirit."

Emily began to rework how she used comparison. She turned it into a vital tool instead of a knife to herself worth and value.

As Emily wrapped up her senior year in college, she ended up moving up to Michigan on a whim after developing a relationship with a boy, Jesse, that was touring down where she was living. As if Emily isn't magic enough, this story is pure gold and taught her a lot about trusting her instincts. Women have been taught to doubt their voice and gut, but breaking that mold is powerful and necessary. There is a path for you in this universe, but you have to learn to trust the journey and yourself. Since moving up here, Emily has continued to pursue art as a freelancer while slinging lattes part time at Starbucks. She is surrounded in the lovely Flint art community with supporters who cheer her on. Emily herself took part in the comic anthology, 'Hope: A Comic for Flint.’ Jonathan Diener, a musician and writer, put a group of five artists and five writers from Michigan to raise money for The Compass of Michigan Community Services that helps adults with developmental disabilities. Emily was thrilled to be apart of it and excited as it was one of the first art projects someone asked her to be apart of.   "It was awesome. It was cool to work along with those artists who all had different strengths and different areas, so it was fun to pair up who thought they would be best for each story because everyone's style was different. I felt like everyone was celebrated in a very unique way. And once the story started getting posted and we could see what everyone was working on, it was so exciting."

Magic lives in Emily and her ability to story tell with her art. She is a badass art witch, that has claimed her voice and value as a woman creative. It's amazing to sit down with a woman who has taken charge of her worth and hear all about how she has gotten to where she has -- And that has taken trusting her gut, her journey, to allowing the universe to work in the ways it does. Working your way through self doubt and fighting it every day is no hard task, but Emily works against that and reminds herself that her art is valuable, necessary and beautiful. Emily's art possesses a magic like none other, and so does the kind, brave and lovely spirit that she is.

Written and Photographed by Sveta Petty

Why I don’t want things to return to ‘normal’